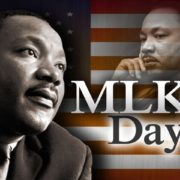 There is an article in the Sunday New York Times on the difference between protests in Martin Luther King Jr.’s time and those that are happening now (Protesters Out to Reclaim King’s Legacy, but in Era that Defies Comparison, T. Vega).  It provokes a crucial question:  why is it that we don’t seem to be able to spark a movement that lasts, that drives lasting social change, like the movement MLK Jr. led?

Vega’s article points out that in King’s time, there were specific tactics and objectives, such as sitting at the diner counter or in front of the bus. They were things that were visible and easy to rally around. The protests, today, are about big topics with broad goals that are much harder to see, describe, and can support an extensive rally to make change happen.

Despite many widely dispersed protests around racial inequality and gross economic disparity, currently, we don’t seem to be able to get a lasting movement underway. “Occupy Wall Street” had national old school press for a while and great new media coverage for more than six months. Yet, it failed to move the needle forward – and is now gone. The movement disappeared leaving no lasting traces, except that the huge problems are still there.

In our work at ardentCause with nonprofits and community collectives that are trying to achieve big outcomes, one major challenge is taking those goals that take years to show progress, and breaking them into smaller short term measurables that demonstrate real accomplishments. This is critically important for Funders and the outside world. It is even more crucial for the people who are doing the work, the people who break their backs and sometimes their souls, working for social change against lifetimes of despair and disparity, so they don’t have to wait 10 or 20 years for the change to show.

Everyone needs to know what they are striving for. They need to see that they are making a difference. They need  to see their own contribution and accomplishment move the cause forward.

When the goal is something big and complex like eliminating economic disparity, individual protestors  may not know what the end goal is.  Even if they do, it’s probably so far in the future that they cannot see how they have accomplished anything that moves the cause forward. It’s so hard to keep fighting when you don’t see progress!

So many good people are out there now, protesting and speaking their passion. We are ready for some bright, strong leadership to define the specifics that people can rally around, drive forward and make step by step wins in the big battles that we are facing today!

Nonprofit Alliances and Collaboratives – Are There Common Determinants for...
Scroll to top